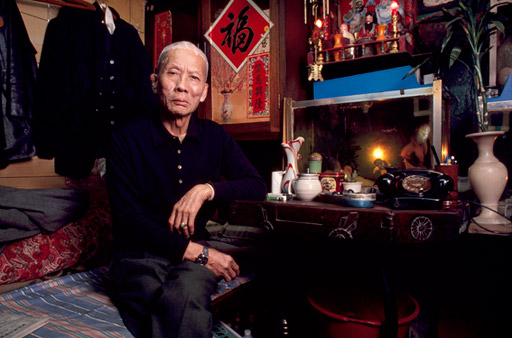 Born in Po Ling, China, in 1920, Wong Hoi Ming spent much of his youth in Thailand before being expelled back to China in 1938 for campaigning against the Japanese occupation of Manchuria. Leaving his wife and family to protect the family land in China, he fled to Hong Kong alone in 1949.

“When I first arrived here from China, I became the head of a ‘coolie’ gang on Hong Kong island in Western District. I was pretty good at martial arts, and when people were injured in fights I would fix them up. You see, I’d learnt a bit of medicine and kung fu when I was in Thailand, and I then studied under some masters in Chiu Chow.

I was persuaded to take my medical practices more seriously, and a friend helped me to get a business licence. I began practising on Hong Kong Island, but when the building I was living in was demolished I moved to the Walled City. I’d been coming here once a week for several years to teach martial arts, so I knew the place quite well and knew it was cheap. My students came from all walks of life – some were drivers, others fish sellers, factory hands, air conditioner repairers, you name it. They were learning martial arts for self-defence. I didn’t ask for money when someone became my student; they would just burn some incense and that was it.

There was a time when I let people play mahjong here. There was room for two tables and I would charge a small commission; people would also leave what they wanted for the facilities. But I stopped that a few years ago. It’s a small space and if patients came for a consultation when the mahjong players were here I couldn’t really do my job properly. Also, the women patients were too shy, especially if they had to take some of their clothes off for treatment.

Most of my patients suffer from rheumatism, though I also treat people with fight injuries, back problems and numbness in the body. I’ve got them all written up. My treatment includes the identification of the main symptoms, the use of heated cups on the body for suction and the application of herbal poultices. I also use massage and stretching. I make hot herbal medicines as well, and many people come to buy these for their rheumatism. Most of my clients come form Kwun Tong [a working class industrial area in Kowloon], though there are some who come from as far as Shatin and Aberdeen.

I don’t have fixed fees. If my clients seem to be well off, I suggest they give me more; if not, I ask for less. A patient from Kwun Tong – a vegetable seller – always brings me a carton of cigarettes! I could be charging $400 to $500 for a single treatment if I wanted. My income’s never very stable, though. Sometimes, I don’t get a single client for days or even weeks.

I’ve been in this apartment since I came to the Walled City. The rent here was originally just $150.00 per month; then it went up to $300, so I bought the place. Actually I was told to leave, but the owner was not able to get me out. But now I will have to leave. I’m getting around HK$140,000 for this place, but nothing for being a herbal doctor which I think is unfair. The other doctors are getting a lot more.” 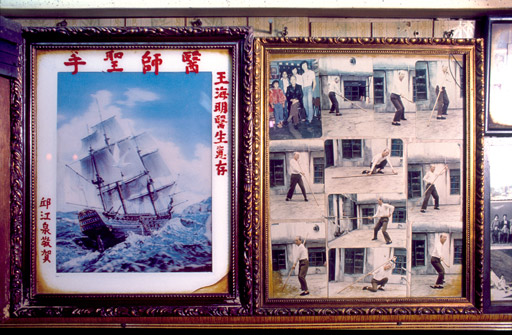 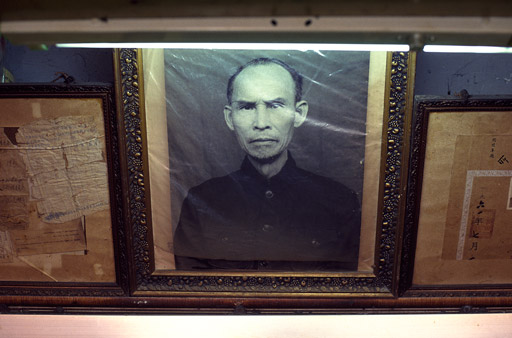