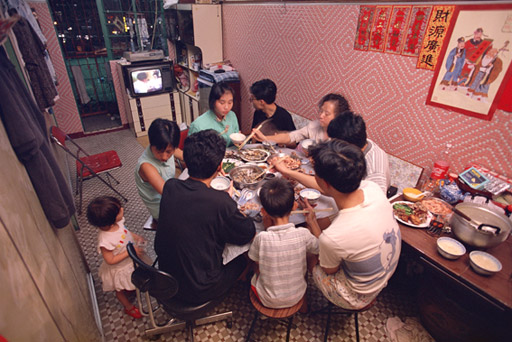 Chun Lo Ying moved into the Walled City in 1958, and lived in various buildings there before buying an apartment on the fourth floor of 82 Lung Chun Road, overlooking the park. She was regularly joined for dinner by one or two of her 10 children, including Chung Kwai Mao and Chung Yuk Yee both of whom also lived in the City.

“I have lived in the Walled City for more than 30 years, and in this flat for more than 10. Before coming to the Walled City we lived in Hung Hom, but we were robbed and really scared, so we decided to rent a place here. We agreed with a Chiu Chow family, whose wooden hut had burnt down, to build a new house on their land. We would pay for the construction and get the first floor and they would keep the ground floor. That place soon became too small, so we rented another first floor apartment instead. After 10 years or so we decided to buy that place, and then two or three years later a construction company talked us into an exchange arrangement. 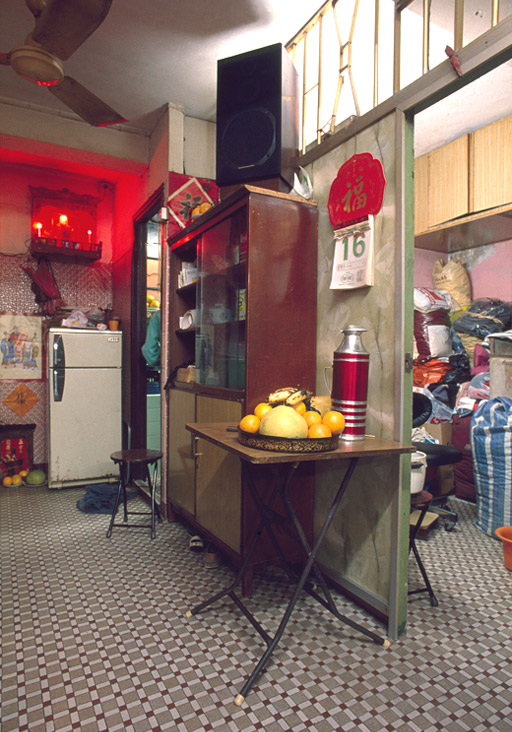 The company offered us a first-floor flat in the new building, if they could develop our existing place. The developer asked people with whom I was friendly to negotiate on his behalf and we struck a deal. The old four-storey building was to be developed as a 13-storey unit and the building next door as 14 storeys. A unit like the one we are now in cost around $120,000, sometimes a bit more; the ones in the middle of the City were only worth $80,000. I signed an agreement with the developer at a tea house with a witness.

I had heard of the Walled City before moving in, but I was not particularly worried. You got used to it. Getting water was troublesome, and the drug addicts used to quarrel and get into fights. I told my children just to ignore them or stay at home. Usually we were not bothered, although my second daughter was robbed once, probably by an outsider. I have never really explored the place; I just use the main streets. I hardly know the names of the alleys.

I have 10 children, six of whom have been born since we moved into the City. They have all been good; they don’t get into trouble. I would worry occasionally when there were big fights and quarrels in other apartments, because I’d heard of people being killed. I would just tell my kids to come home and we locked the doors. When they were out late at night, I might occasionally go out to fetch them and accompany them home.” 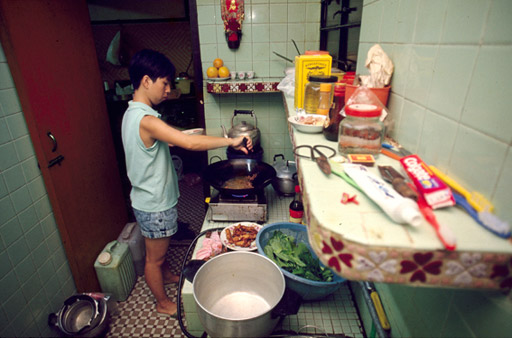