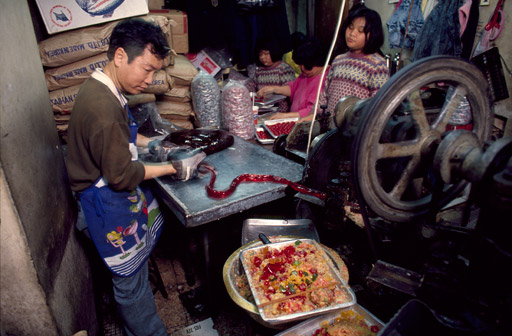 Lee Yu Chun worked in the family’s candy business from its beginning in 1964, when she was not yet 10 years old. Established in Sham Shui Po, the factory moved to the City a few years later, and to its final location at 12 Sai Shing Road in the early 1970s.

“My family opened their first sweet factory when I was a kid. My father came back to Hong Kong from abroad and began manufacturing soap at first, but I liked lollies. We were living in Sham Shui Po and I used to buy sweets for myself from a neighbourhood factory; I think this inspired him to start his own sweet-making business.

We used a charcoal stove in the early days and then later switched to a kerosene one to melt the sugar – about 10 pounds or so at a time. We didn’t have any machines and so pressed the sweets out manually. We didn’t have many customers either, so my elder brother would go around introducing our products. Our company is called Chui Fung and it’s very much a family business, although other people in the neighbourhood are employed to help.

Now we have to move, but I hope we will be able to set up elsewhere. The cost of running the operation here is small and we don’t need to pay rent. We don’t have any capital and leaving here will mean a significant drop in our competitiveness. We would have to revise our prices to cover the rise in the cost of living.” 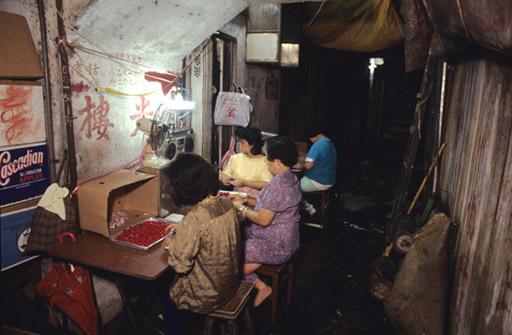 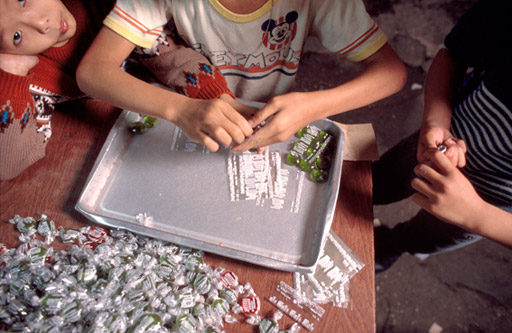